Off The Beaten Track in The Abacos 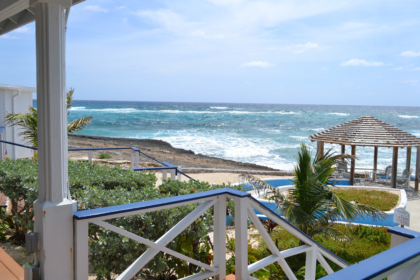 Off The Beaten Track in The Abacos

Ah, The Abacos. Blue-green waves gently caressing white sands while you lay on a beach chair, then float around in the sea, then lay on a beach chair, and so on, until you feel moved to head to the beach bar for a cold pale ale. Should you wish to spend your entire visit to The Abacos on an outstanding beach in this way, you’ll have a Zen time.

Or you could mix it up, walk off the beaten track and absorb some local culture.

The Abacos are made up of over 150 cays, or sandy low islands that have formed on bases of coral reefs, each with its own character. Naturally, cay hopping has become kind of a thing. Why not rent a boat and spend a day – or two, or three – hopping among the cays? You could sample as many beaches as possible, repeatedly discovering the luxury of privacy. And bring a picnic.

Go Where the Bonefish Are

And where are the bonefish? On The Marls, a flat filled with creeks where the mangrove trees seem to sit above the water – you can easily hire a guide to shepherd you through the white-sand cays and secluded bays, and to show you how to catch your very own bonefish. (You should know that bonefish are so named because, well, they have so many bones – so this is not a fish you will be enjoying grilled with a chilled white pinot noir.)

A reggae-calypso band, the Gully Roosters play on Wednesday nights at the Green Turtle Club on the Green Turtle cay. Sip on a Tipsy Turtle Rum Punch, or two, and dance under the stars, grooving to the sounds that you can hear here. The Roosters, as they are known locally, will leave you feeling like there was a little bit of magic in the night air.

Everyone loves a parade

Junkanoo is not only a fun word to say, but a celebration of colour and music and children and, yes, there is a parade. Nassau may host the most famous of the street carnivals known as Junkanoo, but The Abacos starts the New Year right too, with a smashing parade that winds through the historic streets of New Plymouth, Green Turtle Cay. Put on your brightest clothes and join in the fun.

Take in the Island Roots Festival on Green Turtle Cay

On the first weekend in May, Green Turtle Cay celebrates Bahamian culture – and parties outdoors. Children dig this festival, and why wouldn’t they? There is a tug of war championship with lots of grimacing and laughing, a grill out in a local basketball court in the center of New Plymouth – with grilled jerk chicken and mac n’ cheese, and even maypole plaiting.

The fundraiser Arts for the Parks in held, in late January, at the Abaco Beach Resort Grand Marquee: You will find striking local art for sale – there is usually a silent auction, as well as the offerings of the Bahamian Heritage lecture series. This is a great way to give back to the Bahamas, as the profits go to support The Bahamas Natural Trust, the non-profit organization responsible for the care of the nations important parks, like the 40-acre Lucayan Park, pictured above, which includes one the largest charted underwater cave systems on the planet.

The Abacos are known for sublime beaches, quiet cays and mesmerizing snorkelling but some of your most cherished memories may come from letting your hair down while the reggae vibrates through your feet.