Take A Private Plane to Explore Off the Beaten Path

The Abaco Islands are known for crystal clear blue waters, pristine beaches and tranquil hideaways, but they are also home to many intriguing and historic landmarks that a lot of tourists and locals alike tend to overlook. With a private flight to the Abacos and an appetite for adventure, you can set out to discover what lies off the beaten path. 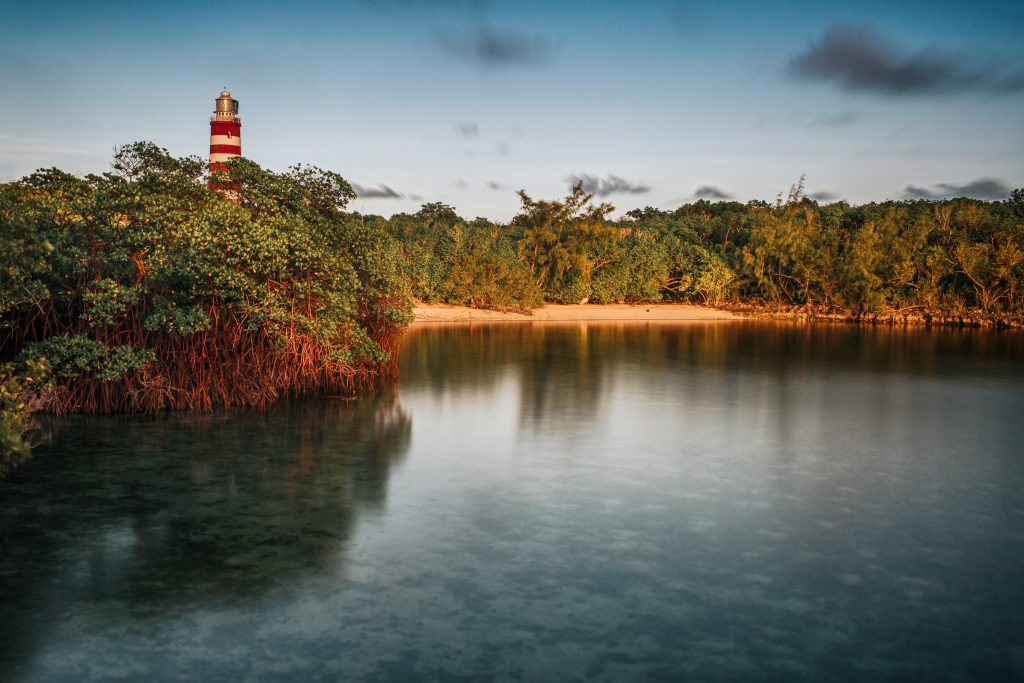 To some passersby, Ye Ole Gaol, The Old Jail just looks like an old pink building. Built in the early 1800s, this structure is one of the oldest buildings on Green Turtle Cay. It doubled as the island’s original post office and commissioner’s office. It used to be a much larger building than what is left on the island today. Back in 1932, a hurricane destroyed most of the jail and left the building with just the first floor and a staircase on the outside of the building. The Architectural Preservation Foundation of Green Turtle Cay has worked to preserve the jail in its dilapidated form with its bright pink paint – a stark difference from the 200-year-old cemetery across the street.

The red and white striped Elbow Reef Lighthouse in Hope Town is one of the island’s top tourist attractions and offers a gorgeous view of Hope Town Harbour and beyond. However, there’s another lighthouse on the island that gives visitors a view of what life was like when it was built in 1838. The Hole in the Wall Lighthouse stands on the southeast coast of Great Abaco at the end of a one lane dirt road. The 15-mile road stretches through the Bahamas National Trust, which is protected land and home to the endangered Abaco parrot. Visitors are welcome to climb the rickety stairs to the top to gaze out at open ocean and uninhabited land, a rare sight for many.

Spending an afternoon at the Albert Lowe Museum can give you a break from the sun and a chance to see centuries of island history from photographs, paintings, sculptures, artifacts, model ships, written documents, quilts and more. The building is part of the history as well. It was a Loyalist home that survived a devastating hurricane in 1932. Alton Lowe, a Green Turtle Cay local artist, purchased it and began restoration efforts in 1975. He named the museum after his father, who was a well-known model ship maker.

History is everywhere in the Abacos, but there are some things that require a closer look. Air Unlimited can get you to the islands on a private plane in just over 60 minutes. Visit Flyairunlimited.com to plan your next adventure today.